There are at least 40 million senior citizens in the United States today, or about 16 percent of the total U.S. population. By 2050, that number will peak up to 22 percent. One of the emerging conclusions based on studies on the aging population is the need for the expansion of the professional health care franchise for senior citizens. By allowing the establishment of more centers for the growing elderly population, this critical segment would have viable options for assisted living or full-time medical care.

Family structures and mobility patterns in terms of residence or employment among children have left many of the elderly alone in their homes with little to no support system. That is especially difficult for those with lingering medical conditions. What can be done to address the situation?

In Japan, for instance, at least 33 percent of its total population is above 60 years old, and the median age is 48. It is a rapidly aging country that will need assistance for its citizens. By 2030, one in three people in Japan will be at least 65 years old.

These seem like cold numbers when one merely reads it. But if we think about it deeply, these numbers reflect the world that we live in. We, too, are growing old as each day passes. A day will come when we will wane in strength and vitality. We will see some of our dearest friends and family pass on. Indeed, we will also experience a sense of isolation, helplessness, and being alone.

Retiring in a senior home is always an option for those who can afford it. However, these professionally-run facilities are not available in every county of every state. As a result, it almost always entails a radical move or change, which frightens not a few elderly citizens. It is said that one of the most debilitating and worrying thoughts among the elderly is not being able to live near family and friends. Yet the reality is, the senior home is where they will be genuinely cared for by professionals who have the knowledge and training in geriatric care.

It is essential to know the reasons for the aging population of the U.S. and other countries. Using Japan as a template, several patterns have emerged. The decline in Japan’s population can be traced back to its rapid industrialization after the Second World War. More people were engaged in various industries to rebuild the country.

The changes in the employment profile also affected the home life of many families. Men and women began to marry later in life, prioritizing work or career in a country that also showed remarkable economic growth that peaked in the ’70s and ’80s. This pattern directly led to a significant decline in Japan’s birth rate. While the population is generally healthy as shown by large numbers of active senior citizens, the next generation of Japanese was not planted, as it were, to grow up and become the next workforce of the economic powerhouse that is Japan.

Today, the average life expectancy in the Land of the Rising Sun is 84 years old. Economic activity, career and employment, late marriage, low birth rates, and changing socio-cultural patterns of the family are also the main factors for the rapidly aging U.S. population.

Impact on the Economy 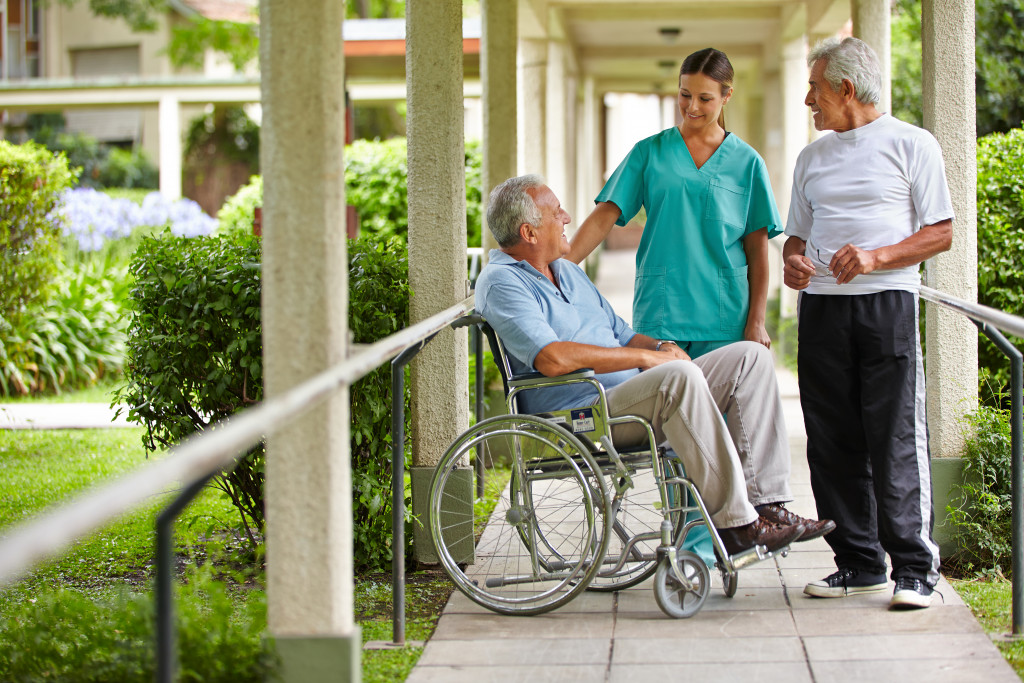 The effects of an aging population on the economy is wide scale. The first impact is seen in the growing deficit in the labor supply. With fewer workers and professionals to make industries and businesses run, capital accumulation is also stunted as productivity slowly but surely dips over time.

For this reason, demand for overseas workers remains strong, but a large percentage of capital accumulation or revenue from labor is sent back to their home countries. As people focus more on their jobs and put marriage on hold, fertility rates also dramatically drop. When the population shrinks, demand for commodities and services also contract. In the long run, this harms the economy. This scenario could be replicated in the U.S. as well if no positive interventions are made.

Needed Interventions to Help the Elderly

In Japan, the U.S., and elsewhere, what can be done to help the elderly? In Japan, one of the measures that they considered is to increase the retirement age to 77. The positive effect of this intervention is that it would help maintain a balance in its worker-to-retiree ratio. The elderly who are still healthy enough to be employed will also enjoy earning their keep while maintaining social contact with peers. However, there is also a percentage of the aged that can no longer work due to health reasons.

The Japanese government is also offering free preschool education to encourage young couples to start a family. In many cases, the government also provides free houses to couples and new families so that they can repopulate towns that have drastically declined in residents and workers.

In the United States, one need that still has to be met is in increasing the number of quality senior home care facilities. When staffed with qualified, sincere, caring personnel, these facilities can assist the family of older citizens who need professional assistance during their golden years. Caring for a country’s population is not only an economic imperative; it is a necessity to protect the culture and social bond of people, both young and old.