Scoliosis is a condition wherein a person’s spine curves sideways. NHS data show that the condition can develop at any age, but it is most common in children. Most cases are considered mild, although some can cause disability such as lung malfunction and severe spine deformities. Mild cases, meanwhile, do not require treatment but are regularly checked upon through tests like X-rays. Severe cases, on the other hand, necessitate the use of a brace to prevent further damage in the spine and alleviate the pain associated with scoliosis. Additionally, some cases even require surgeries to rectify the patient’s severe posture problem caused by the condition.

Since the spine is the usual reference for body symmetry, there are visible signs of body deformation that could be due to scoliosis. Here are some of the symptoms of scoliosis that you should check: 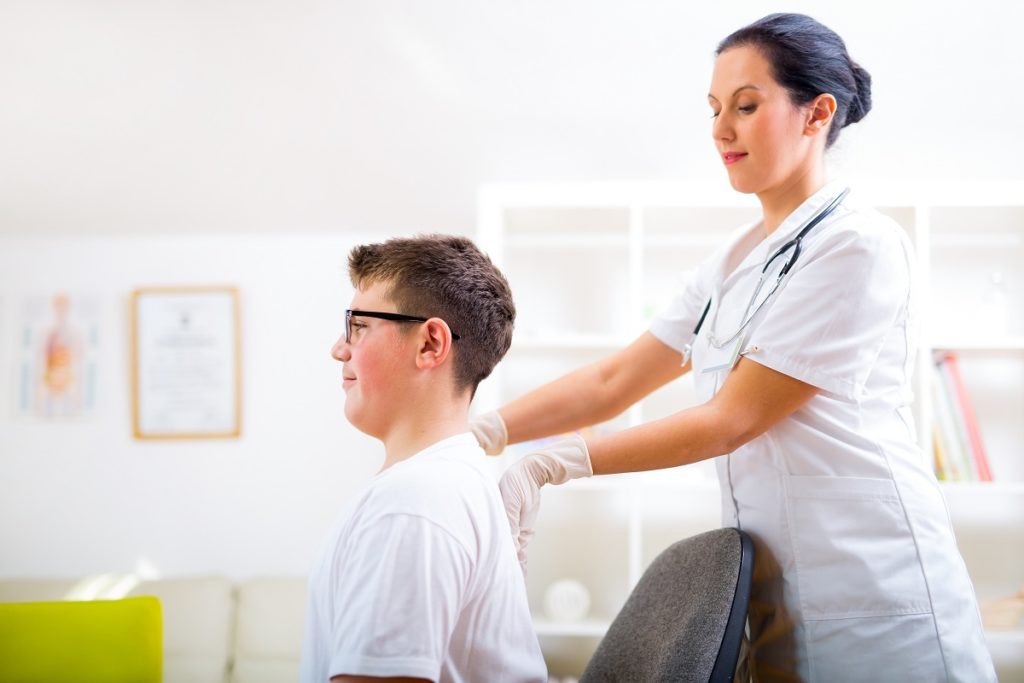 With scoliosis, shoulders appear to be uneven. This becomes more noticeable as the curve worsens. Since the spine holds one’s proper posture, it affects the horizontal alignment of the shoulders against the vertical position of the spine.

When shoulders are uneven, it alters the positions of the arms since they are attached to the shoulders. When the spine is curved due to scoliosis, arms do not hang down straight alongside the torso. Making it do so isn’t natural, thus straining both the shoulders and arms.

The waist and hips follow the curve of the spine. Therefore, when the spine gradually moves sideways due to scoliosis, the waist and hips usually end up forming a letter S or C. This deformation can affect the organs within the torso since the body is unnaturally curved to one side.

The deformation of the upper torso creates a problem in the body organs it holds in place. One organ particularly affected is the lungs. A person with scoliosis may experience difficulty in breathing due to their lack of space for the lungs.

Scoliosis does not only make the spine move sideways. In worse conditions, it could make the spine rotate and twist. This results in the uneven appearance of shoulder blades and ribs. One becomes more prominent than the other, with bones protruding on one side. When ribs protrude forward, the shoulder blade on the opposite side protrudes at the back.

Back pain and fatigue

Since the posture is abnormal due to scoliosis, the body exerts more effort in keeping its balance, especially when moving around. This strains the body, especially the back, while fatigue becomes frequent for a person with scoliosis.

You can also take note if your clothes are uneven when worn. They might hang asymmetrically due to abnormal posture. Even pants could be ill-fitting as hips are uneven, too. Hanging a bag on your shoulder could be difficult when one shoulder is lower than the other. You will also notice how the straps of backpacks are unevenly adjusted to make you comfortable when carrying it. When you notice these signs, get proper treatment as soon as possible, if necessary.