Italy is known for its food as much as it is for its architecture. Although the country is famous for its pasta, Italians are equally proud of how they handle their bread as well. If you are planning to dine in any of their restaurants, there are some things that you might want to keep in mind.

The Bread and the Dip

Go to any Italian restaurant in Utah, and the first thing that you would be given would be a piece of bread. In some cases, you would also have some olive oil for dipping bread. Now, this is not the case if you would be dining in Italy. In fact, they do frown upon people who eat chomp down slices of bread long before the food comes. This is because bread is typically eaten with other food. Of course, there are exceptions to this case.

For example, if you were handed a bruschetta, then that should be eaten prior to the main course. This is also the case if you are given focaccia, a kind of bread that can typically be eaten on its own. It does not need a dip since it is already covered in olive oil. In Italy, focaccia is typically considered as an antipasto. In other places, people refer to it as an entrée. 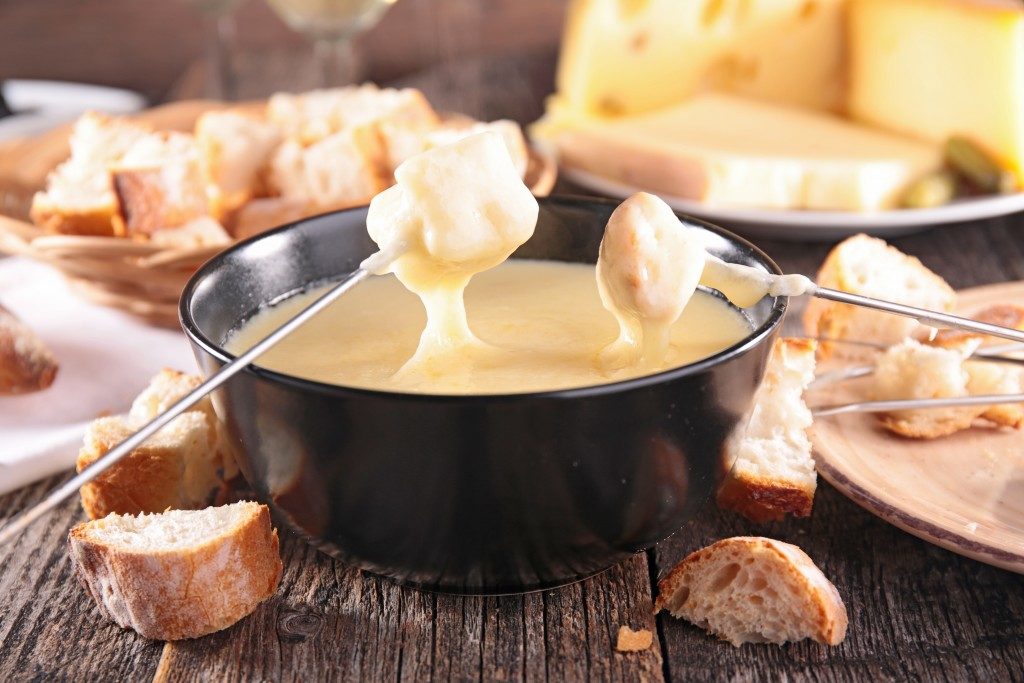 Not all bread goes with just about any dip. There is an art to pairing the two. Like the yin and yang, pairing a slice of bread with its dip has to take into consideration what each can offer that the other one lacks.

For example, a sourdough, with all its chewiness and hard crust, pairs well with a cheesy artichoke dip. It is the same pairing when it comes to a crusty white bread as well as a creamy spinach dip. Another good example is the pairing the nutty texture of hummus and the rustic perfection of whole wheat bread.

If you are given a whole loaf of bread, do not just break off a piece and eat it. The accepted practice is to cut off a few pieces and offer them to the rest of the people in the table.

Now, the safest pairing when it comes to bread and dip is with the olive oil. You cannot go wrong with it, but you do need to keep a few things in mind. For one, you cannot a double-dip in a bowl. Your options would be to get a small amount of olive oil in your spoon and drizzle it over your bread or dip a bite-sized bread and consume it in one go.

The first option is always the better choice, especially if you would be eating out with your Italian friends. Why? Because Italians do not dip their bread. What they do is pour the olive oil over the bread and add salt for taste. You also have to understand that bread and olive oil is not something that is considered as fine dining among Italians. After all, that’s just bread with a splash of olive oil.

Now that you know how in some places people take their bread seriously, you should too.