Seeing is as natural as breathing, but not everyone is born with perfect vision. In fact, more than half of the population of the entire world depend on their eyeglasses or contact lenses just to see clearer. Refractive errors are the most common type of vision problem and people have just learned to accept it.

However, just because these people have already gone to the doctor once and got their prescription glasses doesn’t mean their eyes have been cured. Vision problems can be manageable with treatment, but the problem will only be eradicated through surgery, but sometimes, not even then.

That’s why it’s even more important for people to start taking better care of their eyes because if they don’t, their eyesight will eventually get worse. It’s natural for an individual’s eyesight to get blurrier with age, but there are ways to stop it from worsening or even leading to the complete loss of vision.

So, if you’re experiencing problems with your eyesight that you never have before, don’t wait until the issue spirals out of hand. Instead of brushing the constant headaches off every time, take that as a sign to start prioritizing your ocular health. Here are three ways you can do it:

If your eyes have been bothering you lately and not just because of the occasional eye strain, it might be time to visit your eye doctor. This is the only way you can know for sure if the pain you’re feeling is normal or if some kind of treatment needs to be done so that the problem doesn’t become worse.

It will be harder to fix a vision problem once it becomes severe, especially if the damage sustained is irreversible. Early prevention is still key because after all, this is your health and well-being on the line. So, if you have the means to reach out and seek medical attention immediately, that’s what you should do.

The reason for this is that there are certain types of vision problems that will eventually lead to total blindness over time, such as glaucoma. This condition can cause serious damage to the optic nerve because it creates pressure inside the eye. If that pressure isn’t relieved, glaucoma can cause permanent vision loss within a few years.

But knowing what kind of glaucoma treatment options are available early on can help people manage their conditions better. This applies to all kinds of diseases because it will allow people to seek treatment before their condition gets worse. At least this way, they can focus on their health better. 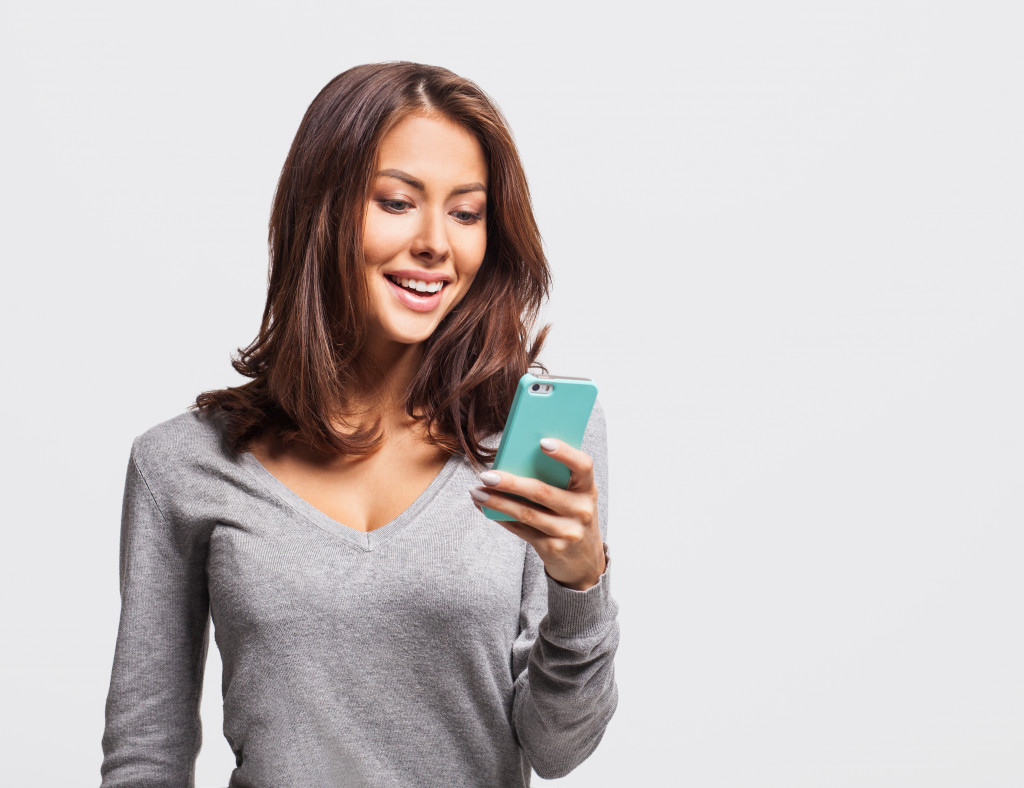 Try to Control Your Screen Time

There’s a big possibility that the reason why you’re struggling to maintain your eyesight is that you’re putting too much strain on them. This is especially true in the digital age, where people of all ages can do anything and everything through their computers or mobile devices.

In addition to that, between work, school, and the much-needed “me” time, you could be forcing your eyes to look at screens for the better part of your day. This could mean that the entire time you’re awake during the day is spent looking at screens, which can be harmful not only to your eyes but also to your overall health.

It’s easy to police a kid if you see them spending too much time on screen, but it’s harder to notice it when it’s you in the same position. Too much screen time is unhealthy for everyone, no matter the age. So, if you’re having difficulties in controlling how much time you spend on your phone or computer, consider setting time limits and stick to them.

Learn the Value of a Good Night’s Sleep

As an adult who’s simultaneously juggling all the responsibilities weighing on your shoulders, you could be guilty of doing revenge bedtime procrastination. This means that you are deliberately sacrificing your sleep so that you’ll have more leisure time, which could be spent for entertainment purposes.

This is more common for people who have a very compact work schedule because they feel like they have no control over their time during the day, so they’ll get their revenge by staying up late. However, what this does is deprive the people of their much-needed sleep, which can eventually take a toll on their overall health.

So not only does revenge bedtime procrastination hinder you from resting your eyes and reducing your screen time, but it also disrupts your entire circadian rhythm. If you’re not getting the right amount of sleep that your body needs to recuperate, it could affect your physical, mental, and emotional well-being later on.

Your eyes are the windows to your soul, but it’s also responsible for allowing you to see what the world has to offer. Don’t wait until you lose your eyesight completely to appreciate all the good that it brings you. So, stop taking your eyes for granted and start showing it the care it deserves.